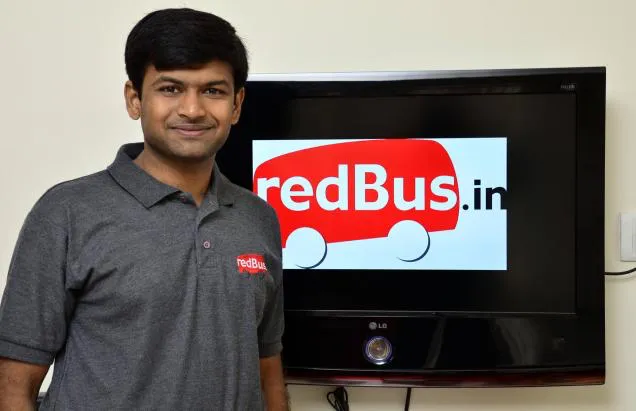 Phanindra Sama was a very bright student from the very beginning. As a student at Birla Institute of Technology and Science, Pilani, he studied Electrical and Electronics engineering and graduated with a 9+ CGPA. His college photography club made him good at photography, and he became the DOPy Head in his fourth year.

He then studied at Indian Institute of Science and became proficient in computer networks. In addition, he was connected to the Swedish Institute to learn management, leadership, and sustainable business practices. He then studied at Stanford University on economics and social psychology. He then received a Chevening Standard Chartered Financial Services Fellowship at King’s College London.

Phanindra Sama used to travel by bus a lot in 2005-2006. Having missed a bus one day gave him the idea for Redbus. Redbus was born from his solution to this problem, which bridges the gap between the bus and the traveler. He considers himself an accidental entrepreneur. .

While working at Texas Instruments, he discovered the need for an online bus ticket booking platform after missing a bus one day. As soon as he started executing his plans, he founded RedBus, India’s most popular and extensive online bus ticket booking platform, and worked as Chief Executing Officer (CEO) of his own company. Phanindra Sama left the company after ibibo Group acquired RedBus. Currently, he is the Chief Innovation Officer for the Government of Telangana. Currently, he is also an angel investor and invests in small startups.

Phanindra Sama has performed a lot. He created India’s largest bus ticket booking platform. He also built RedBus into a successful company. He was also able to exit his own company by selling the majority stake to the Ibibo group. He is also a successful angel investor, and he helps the Government of Telangana as the Chief Innovation Officer.